Where did the name Newtone came from?

I am actually a mechanical engineer and I work as a project engineer, so when I started making/releasing music and when I was talking with Moretin a few years ago I needed a name for releasing songs. Back then I was still in college and I was working on a mechanical assignment and the results were in newton, so I thought maybe I could combine that and add an ‘’e’’ to it and it turned out as Newtone, like a new tone and it is also related to mechanics.

What inspires you as an artist?

Name something that you like apart from making music?

I like watching series on Netflix, hanging out with my friends and I like my dogs. I adopted 2 dogs and I like to walk, chill and play with them?

So Croatia is the perfect place to raise your dogs and to let them out in the nature right?

Yes, I live in the city but its pretty quiet over here, so I can walk whenever I want.

Is there something almost no one knows about you?

Most of the people don’t know that I work as an mechanical engineer.

What is your dream project to work on in the music industry?

I don’t know really, I just like putting out things I like to hear and who knows where it is going to take me or the label.

Is there any artist that you admire or that you want to work with?

I really like Deadmouse’s music and personality, he is a realy down to earth guy.

Are you the type of person who likes to stand on stages and to do shows?

I would like that but only a few times a year not something like a tour because that doesn’t suit me well.

How would you describe your style of music?

Its anything that comes to mind that I put into the music, notes and sound design.

So for example Fresh Kicks, what is so special about that track?

I was pretty angry when I was making that one, I don’t know actually why but I just was and that gave me inspiration to make this one. For me making music is an outlet and Fresh Kicks is a perfect example of that.

What do you dislike about the whole music world?

I don’t want to make it that big of a topic but I dislike the drugs because I really love the people who come to festivals for the music and enjoy the music and I don’t like the stereotype that everyone who goes to festivals is on drugs but there are a lot of people who just come there for the good music.

I like the simplicity and the connection we have with each other. I can just ask like: hey do you like this? Without sending a whole formal email with dear and stuff like that. I can just send a simple text which is something I really like about working with Moretin.

When did you started with your music career?

I started making HipHop beats around 10 years ago with the intention that I could rap on it but that was just for myself. I didn’t release anything it was just to kill boredom and I like to create something. Eventually me and a friend hopped in the studio and I was creating some hiphop beats for him since he was a rapper but at some point I decided to make some house music. So he suggested to send it to labels because it sounds really nice and that’s when I got in contact with Moretin.  ( 4/5 years ago )

I saw his YouTube channel and saw an email so I decided to send in my music. Then my first release was signed by Moretin called Fast Lane.

Did you improve throughout the years?

Oh yeah, I really did improved a lot since I started. If I listen back to old music I have made I think it’s pretty shit considering the stuff I make to today.

Where did you learn all those improvements?

Do you think that vocals is important for a good bass track if you look at for example your track No warning?

How do you start making a whole new track?

I first start with making the kickdrum and the base. I find some vocals for instance and then sometimes I realise oh maybe I can add somethings from previous tracks. In around 3 hours it changes from only basic kick drum and base into a whole track and almost ready to export. I just let my mind go.

If you could give anyone any advise what would it be?

For starters, just practice by trying to recreate other peoples sounds and songs. After that, when you know how to create everything you can combine it with your own style and ideas. Also keep putting all of your new knowledge into new ideas.

What is the best advice that someone ever gave to you?

I was in the studio with Matrode and we had a mutual friend at that time and he said like don’t overthink, just make it and just do it. If you have something on your mind just create it now and don’t wait with making it. 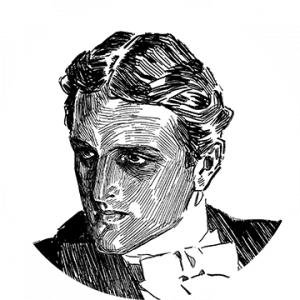